When I first saw the pitch of Jin Conception described as a social deduction fantasy thriller turn based souls-like JRPG I thought it was a joke. How can a game be so many things? I saw the Jin Conception trailer and I was immediately reminded of Chrono Trigger. I always loved pixel art RPG games since it gives me a nostalgic feeling. 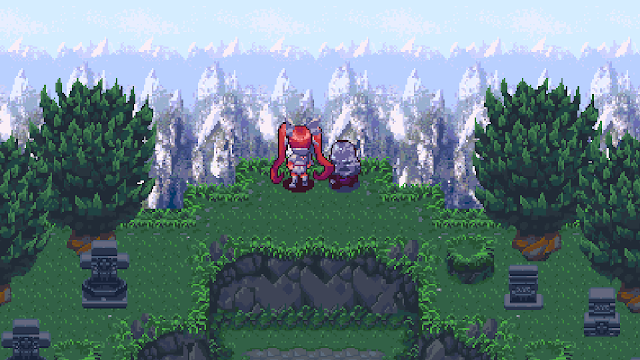 I decided to give the game a try. The game starts out by having the player jump straight into the action in Final Layer. There is a small intro at the start of the game but it’s very short. The start of the game at Final Layer is sort of like a do-it-yourself tutorial. There is a hint system that let’s players know where to go and every step of the way has clues. To progress the story, I had to interact with certain objects or NPC or go to a certain location. The monsters are difficult but once I got the hang of combat, the game became fun. 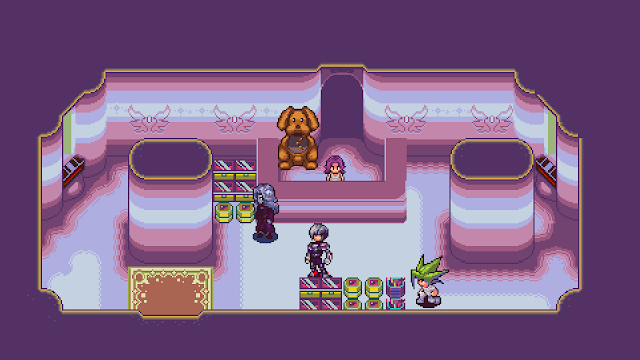 While the game’s art, music and combat are good. The story was average. After finishing the game, I would say the plot was interesting and had many twists but was difficult to follow at times. There are a lot of characters in the game, and I wish they were flushed out more, but I was satisfied overall with the game. I would rate the game 8/10. While playing Jin Conception I did not experience any crashes. One of the major selling points in the game is the social deduction aspect. I don’t want to spoil it, but I thought it was done well.

Popular posts from this blog

The social deduction mechanic in the top-down pixel art RPG Jin Conception is shrouded in mystery. On the shop page description, we are told the game is a social deduction RPG and that we need to determine the correct allegiance of everyone in the party. One can vote friend, for, either or unknown for each party member. To quote from the help and controls menu in the game: “Either means the character could be either friend or foe. This situation can occur when there is not enough evidence to prove one is friend or foe and that their fate is not predetermined.” The game doesn’t start out with much story, the characters have some dialogue but is then thrusted straight into action. Talking to NPC and following the clues and hints will allow one to progress the story. On the Jin Conception Steam page, it says the foe or foes can change. This doesn’t tell us much but later in the game a clue came up that revealed what this meant. Jin Conception has a lot going for it and to those that li
Read more